It's been fun getting back to these.  It's been ages (years) sonce I've been able to take a bite out of my list.

These were done for one guy.   They're characters from the pulps who were inspirstion for Superman, Batman and Wonder Woman.   Attempting to capture the feel of the pulps I broke out the dry-brush.  I hadn't used it in ages and struggled out of the gate, but don't feel too terrible about the results.  The Bat was the first one I worked on and hardly has any on it.  Olga came next and is, probably, overworked.  Gladiator is my favorite of the bunch.  It's the best drawn and designed of the three and I'd settled into the inking approach enough to not hate it.  It's almost like I knew what I was doing. 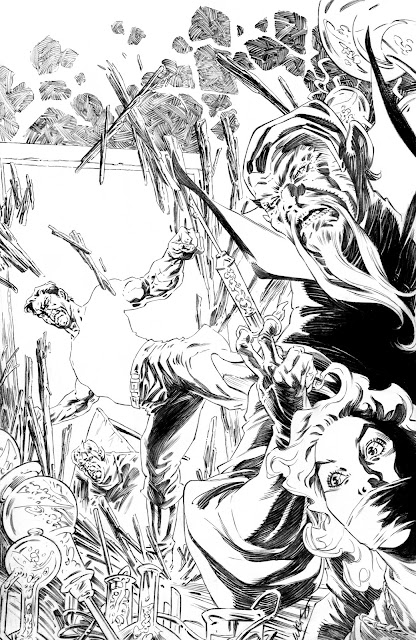 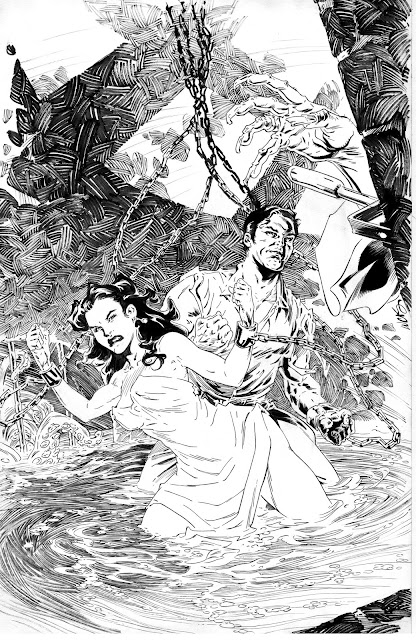 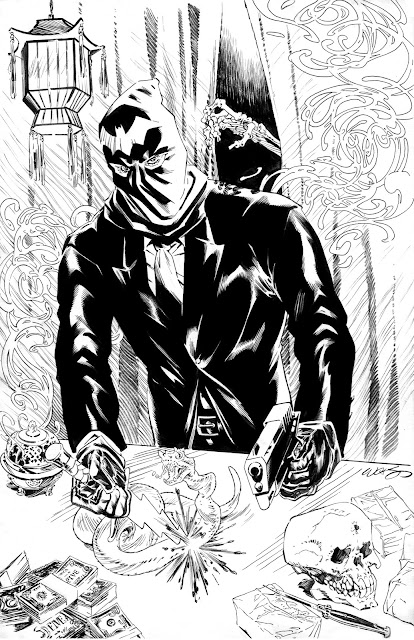