listen to your Uncle Jolty prattle on like a simpleton with a head injury.  I don't embarrass easily.  So, you'll have to be embarrassed for me.

FANBOYRADIO.COM
Posted by John Lucas at 12:36 PM No comments:

http://joltinjohnnylucas.deviantart.com/
Posted by John Lucas at 8:26 PM No comments:

HARVEY PEKAR MOPES WITH THE ANGELS

Your old Uncle Jolty isn't going to go on about the trail-blazing genius of Mr American Splendor and how his brilliance will be missed.  My lovely legion on Junior Jolters are no lunk-heads.  You are no doubt hip to the  late great man's work.

Instead, I will use this space to crow about my great luck in having been able to draw one of his stories.

I did not draw one of his indy comics.  It was for the Vertigo ltd series.  So, any hipster cool I might have gained from it comes with a bit of tarnish.  I've likened it to appearing on the cover of Rolling Stone.  Not so cool as it once would have been, but still pretty cool.  My buddy Jason Latour said he'd rather have drawn my measly two-page story than draw Superman.  So, take from that what you will. 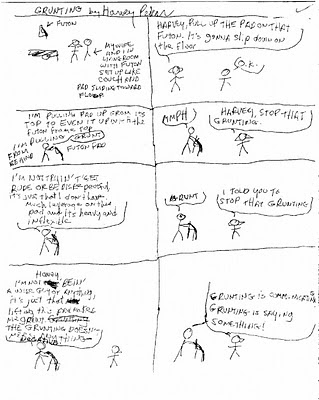 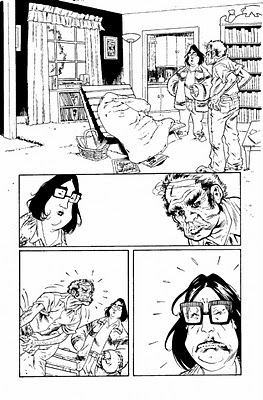 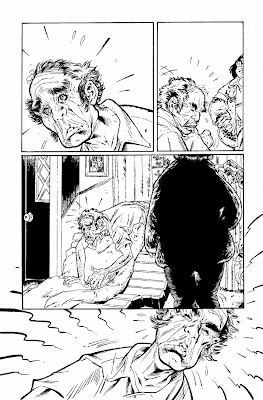 I never spoke to the man, but I heard through my editor that Mrs. Pekar hated How fat and unattractive I drew her.  That fact makes me happy.
Posted by John Lucas at 4:28 PM 1 comment:

GET THEE TO A FUNNY-BOOK SHOP!

...And plunk down your hard-earned  on the latest Joltin' Johnny Masterwork.  Arriving in you local four color dispensary, on this very day, is MIGHTY CRUSADERS #1.   You won't regret it Junior Jolters.  You have the Joltin' Johnny word of honor.  That's something you can't buy.  So, you should have plenty of dough for BATMAN STREETS OF GOTHAM #14- another soon to be Joltin' Johnny classic.  Keep your peepers peeled.
Posted by John Lucas at 6:08 PM No comments:

JOLTIN' JOHNNY IN THE HYBORIAN AGE!

This ain't no Twitter twaddle, Junior Jolters.  Your Uncle Jolty has made a visit to the land of Howard.  Robert E., that is.  My bestest little buddy and and baby bro, Mark Finn, has an article in REH: TWO GUN RACONTEUR,  the definitive Robert E. Howard journal, and who's illos accompany his delirious brain droppings?

That's right, big-brain!  Go to the head of the class.  Your old Uncle Jolty's. 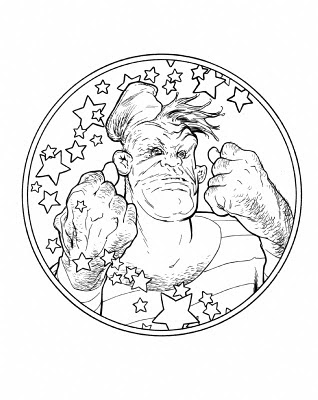 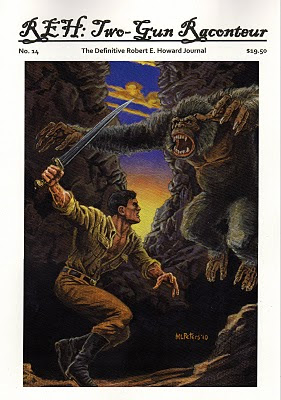 Not appetizing?  Well, phooey on you.  Cause if the article by my dear old pal-o-mine, on how he and a group of fellow old time radio enthusiasts adapted and performed  a handful of Howard's Sailor Steve Costigan stories as radio plays ( and my darlin' doodles of said Steve ) ain't enough to get your slobber glands slobberin', then how about a long out of print story by the bard of the Texas badlands,  "The Curly Wolf of Sawtooth".

Here's where you can find it.
www.rehtwogunraconteur.com 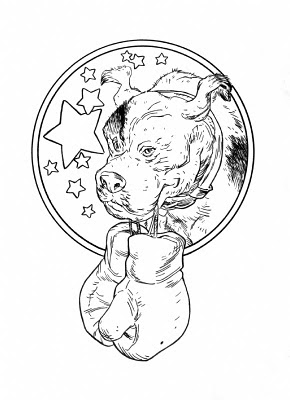